What an amazing topic today!!! I am so excited about this. I love the oceans and the fantastic life that unveils itself while you take a dive into it. So full of life and amazing creatures 😀

Have you ever taken time to go out in the Ocean snorkel around and discover the vivid beauty we have down in the deep? You would be amazed. I have seen so many fantastic creatures that I discover for the first time. When I was a kid and went to the Ocean I could spend hours just looking down into the water and see what was going on.

Being close to a Ocean gives you a great amount of spiritual feeling. You feel something great inside of you, like there is something a certain presence there 😀

Why should we be grateful for the Ocean?

I could go on for decades with wonders of the ocean. It has such an abundance that it is very hard to grasp.

Have you ever walked on the beach and had the waves hit your legs. What an amazing feeling. I think a lot of people really don’t appreciate how amazing the Ocean is until we see someone discover it for the first time in their life’s 🙂

I were luck to bring my wife to the Ocean and see her excitement when she walked, felt and touched the Ocean for the first time in her life. I remember she said it tastes salty 🙂 I got so excited about it when I saw her excitement about it and I understood how lucky I were to grow up so close to it.

What would happened if the Ocean disappeared today?

Think about it if our Ocean dried up today we would not be alive. We simply can’t be without it. I found since I now live at the heart of North America how easy it is to forget how lucky we are to be alive because of the Wonderful Oceans spanning around our beautiful planet. Planet Earth is often called the Blue planet 🙂

So be grateful for our fantastic and powerful Ocean which have the power over our life and death.

From Wikipedia, the free encyclopedia
For other uses, see Ocean (disambiguation).

Maps exhibiting the world’s oceanic waters. A continuous body of water encircling the Earth, the world (global) ocean is divided into a number of principal areas. Five oceanic divisions are usually recognized:Pacific, Atlantic, Indian, Arctic, and Southern; the last two listed are sometimes consolidated into the first three.

An ocean (from Greek Ὠκεανὸς, “okeanos” Oceanus[1]) is a major body of saline water, and a principal component of the hydrosphere. Approximately 71% of the Earth‘s surface (~3.6 x 10 8 km 2) is covered by ocean, a continuous body of water that is customarily divided into several principal oceans and smaller seas.

Though generally described as several ‘separate’ oceans, these waters comprise one global, interconnected body of salt water sometimes referred to as the World Ocean or global ocean.[3][4] This concept of a continuous body of water with relatively free interchange among its parts is of fundamental importance to oceanography.[5]

The major oceanic divisions are defined in part by the continents, various archipelagos, and other criteria. These divisions are (in descending order of size):

The Pacific and Atlantic may be further subdivided by the equator into northern and southern portions. Smaller regions of the oceans are called seas, gulfs, bays, straits and other names.

Geologically, an ocean is an area of oceanic crust covered by water. Oceanic crust is the thin layer of solidified volcanicbasalt that covers the Earth’s mantle. Continental crust is thicker but less dense. From this perspective, the earth has three oceans: the World Ocean, the Caspian Sea[citation needed], and Black Sea. The latter two were formed by the collision of Cimmeria with Laurasia. The Mediterranean Sea is at times a discrete ocean, because tectonic plate movement has repeatedly broken its connection to the World Ocean through the Strait of Gibraltar. The Black Sea is connected to the Mediterranean through the Bosporus, but the Bosporus is a natural canal cut through continental rock some 7,000 years ago, rather than a piece of oceanic sea floor like the Strait of Gibraltar.

Despite their names, smaller landlocked bodies of saltwater that are not connected with the World Ocean, such as theAral Sea, are actually salt lakes.

“A mountain is composed of tiny grains of earth. The ocean is made up of tiny drops of water. Even so, life is but an endless series of little details, actions, speeches, and thoughts. And the consequences whether good or bad of even the least of them are far-reaching.” -Sivanda

Meet me on Social Media: 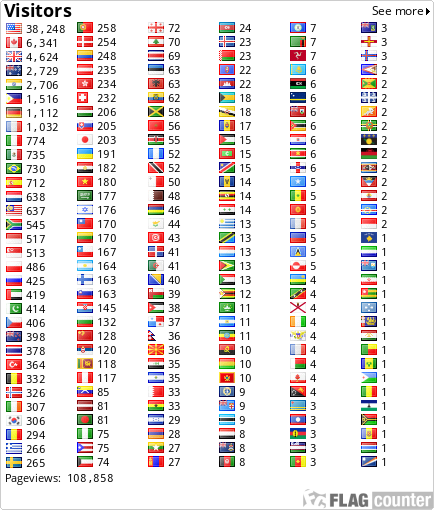